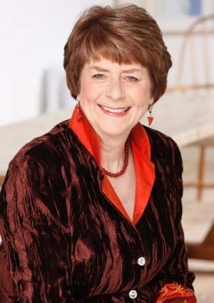 Pam Ayres has been a writer, broadcaster, and entertainer for over 40 years, and is one of the few authors who has had books in the Sunday Times bestseller charts in almost every decade since the 1970s. She is the author of several best-selling poetry collections, including The Works, With These Hands, Surgically Enhanced and You Made Me Late Again!. Many of her poems are in school textbooks around the world including the UK, USA, China, Australia, New Zealand, Holland, South Africa, Ireland and Singapore. Pam’s autobiography, The Necessary Aptitude, was the UK’s bestselling female autobiography of 2011.

In May 2018 The Last Hedgehog, was published by Picador, and within two weeks went to No. 1 in the Sunday Times Bestseller list. Beautifully illustrated by Alice Tait, the single poem sees our hero tell of all the terrible ends his family have come to at our own hands – and exactly what we can still do to keep them alive, and see them thrive once more.

Pam’s next poetry book, Up In The Attic, will be published by Ebury Books in September 2019.

Recent TV appearances have included BBC Springwatch, BBC Celebrity Antiques Road Trip, BBC Celebrity Mastermind, and one of the BBC1 TV series Women at War: 100 Years of Service, about Pam’s years in the Women’s Royal Air Force in the 1960s.

For BBC Radio, Pam has recorded six series of Ayres On the Air for BBC Radio 4, and she is a regular guest on Just A Minute. Also for Radio 4, Pam is one of the comparatively few guests who have appeared twice on Desert Island Discs, the first time in 1979, and again last year.

Pam has appeared three times for HM The Queen – at the Silver Jubilee Royal Variety Performance in 1977, at a Royal Gala Charity Reception at St. James Palace in 1996, when Pam, as the only entertainer, performed part of her solo stage show, and finally at Sandringham Women’s Institute in 2004, when the Queen attended in her capacity as President of the Sandringham WI. Subsequently, Pam was honoured to be awarded the MBE in Queen’s Birthday Honours of 2004.

“Pam Ayres is absolutely essential to British humour, reminding us all to be tickled by the small joys and ridiculousness of everyday life.” (Mail on Sunday, June 2018)

“I keep smiling, remembering moments performed by the incredible @PamAyres at @CurveLeicester last night. Laughed and cried in equal measure. What a woman.” (Jo Hayward, BBC Radio Leicester, review of Pam on 18 September 2018)

“From the moment that Pam Ayres walked onto the stage, she captivated her audience – of 1400 people – with humour, wit, and a perfect sense of timing……….. This session was one of my highlights of Hay Festival this year, because I laughed so hard that my stomach ached for hours afterwards and it is wonderful to witness a true craftswoman practice her art.“ (Hay Festival – May 2015)