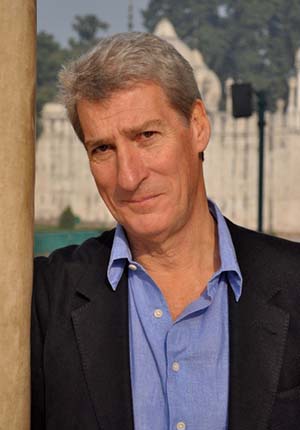 Jeremy Paxman is an award-winning journalist, author and television presenter. Beginning his career covering The Troubles in Northern Ireland for three years, he then spent 8 years reporting from around the world for the BBC, before becoming anchorman of the BBC’s nightly news analysis programme, Newsnight in 1989, a post he held for 25 years. He has been chairman of University Challenge since 1994.

In May 2015 and June 2017, he anchored Channel 4's Election Night coverage. He is the author of numerous documentaries and documentary series – on the history of the British Empire, on the poet Wilfred Owen, on Victorian art, on Churchill’s funeral and on the effect of the First World War on Great Britain.

In the last few years, he has presented 3 current affairs documentaries for BBC1 Paxman on Brussels: Who Really Rules Us?, Paxman on Trump v Clinton: Divided America and Trump’s First 100 Days. In February 2019, his two-part documentary PAXMAN ON THE QUEEN’S CHILDREN was broadcast on Channel 5.

His 2014 one-man show PAXO at the Edinburgh Festival Fringe was a critically acclaimed sell-out.

Jeremy Paxman was born in Yorkshire in 1950, educated at Malvern College in Worcestershire and received his degree (in English) from St Catharine's College, Cambridge. He is an honorary fellow there, and a Fellow by Special Election at St Edmund Hall, Oxford. He holds honorary doctorates from Leeds, Bradford and the Open University.

He is a columnist at SAGA Magazine.

His charitable interests include homelessness, mental health and education. In his spare time, he goes fly-fishing and is the editor of Fish, Fishing and the Meaning of Life. He doesn’t go anywhere without Derek, his rescue dog.